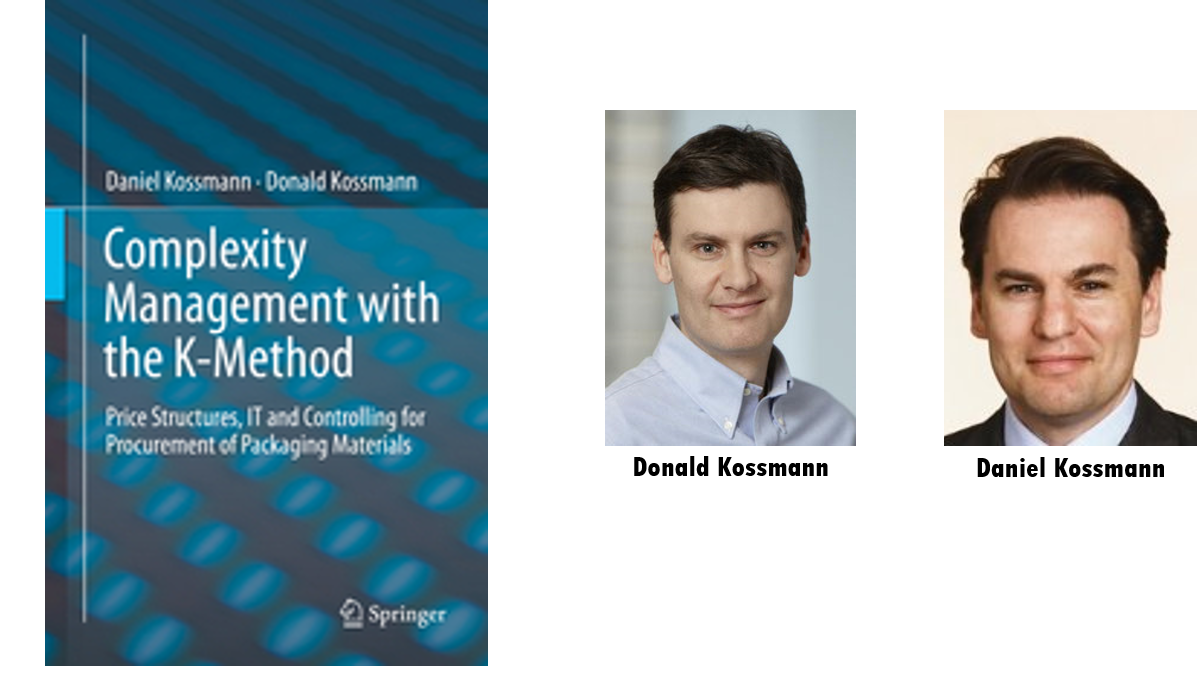 25 novembre 2016 By plumesdesachats No comments yet

The book describes the K-Method which has been developed by the authors. The purpose of the K-Method is to negotiate and administrate a complex portfolio of customised materials, all belonging to the same purchasing group (e.g. labels).

The underlying idea is to agree prices for specification features, instead of giving each material an individual price based on its unique specification. By doing so, a price formula will be agreed between the buyer and supplier which even defines prices of future materials with any kind of specification.

Donald Kossmann, received his Master in Computer Science (Dipl.-Inform.) from the University of Karlsruhe in 1991. He completed his PhD (Dr. rer. nat.) at the RWTH Aachen and his habilitation at the University of Passau. Since 1998 he has been Professor at the TU München, University of Heidelberg and finally at the ETH Zürich. Since 2014 he works as Research Director for Microsoft in Seattle.

Daniel Kossmann, received his Master in Computer Science (Dipl.-Inform.) from the University of Karlsruhe in 1989. From 1989 to 2007 he worked for Unilever in various positions in Hamburg, Berlin, Warsaw and Paris. Among these positions he has been Head of Supply Management, Head of Management Accounting, and Finance Director for European Supply Management. Daniel Kossmann works since 2007 as a freelancer and consultant.